Active Voice-Over owner, Craig Benson, was born in Norwich, Connecticut, where he began his journey into the performing arts at the age of 10 when he joined the Fletcher Raiders Drum and Bugle Corps.  During this time, he immersed himself in drum lessons at every opportunity, in addition to the frequent rehearsal and performance schedule of the drum corps.

By the age of 16, Craig fully transitioned himself from the drum corps idiom to the drum set and played in several rock, pop, jazz and country bands throughout southeastern New England.  In his quest for improvement, Craig soon found himself studying with Ernest Centoscudi, principal percussionist with the US Coast Guard Band.

Craig’s percussion studies led him to an eight-year enlistment in “The Commandant’s Own,” United States Marine Drum and Bugle Corps in Washington, DC.  During Craig’s tenure, he

traveled in excess of 400,000 miles and performed in excess of 2400 concerts around the globe as well as for Presidential and Heads-of-State functions at the Whitehouse. During this time, Craig successfully networked himself into the DC area recording studios where he would record and tour with two-time Grammy winner Margot Chapman (Starland Vocal Band fame—1976), Grammy winner Richard Theisen (Beverly Hills Cop soundtrack fame—1985), jazz recording artist Bruce Middle and Rhythm & Blues recording artist Tony Guy, to name a few.  It was during this time when Craig discovered the voice-over industry while recording drums for commercial jingles.

Craig began his own voice-over journey after moving to Vermont to become more connected to his audience through his artistry.  Craig owns and operates a state-of-the-art home recording studio where he craftily breathes life into the spoken word for all his clients. 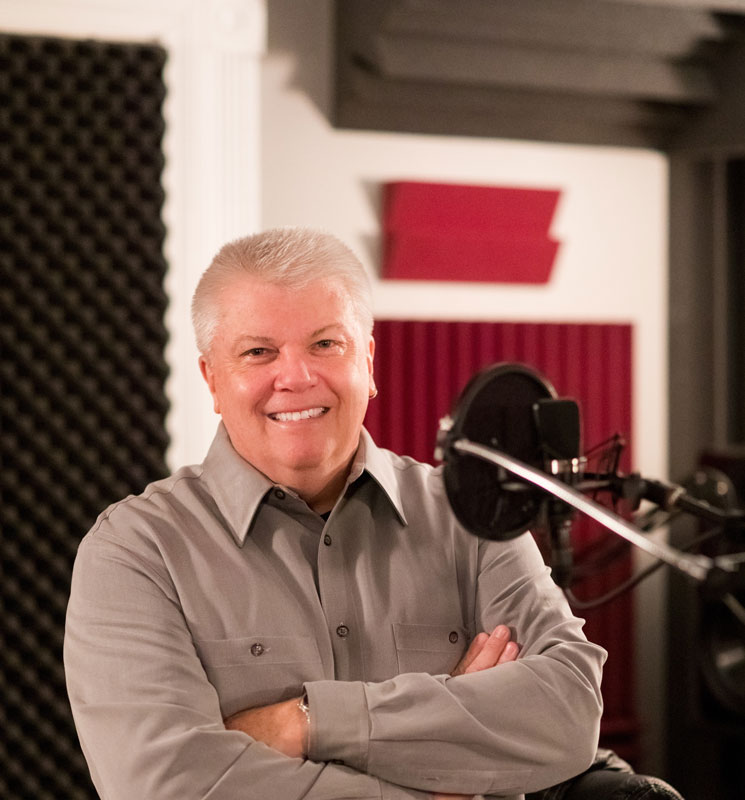